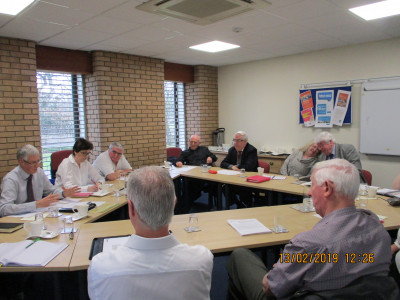 ​The Business Committee met in special session for two hours yesterday. The matters under consideration were further reform of the Presbytery, and the General Assembly’s instruction for Kirk Sessions to “reflect on the state of decline of the national church.”

With regard to the latter, the Committee discussed how best to facilitate conference involving all Kirk Sessions, and some proposals will be further considered at the regular Business Committee meeting next week.

The “Review question” followed on both from the review advocated by the Christie report of 2014, and the Presbytery Review pilot scheme in which Hamilton took part. A number of ideas were “floated” and will receive further consideration. 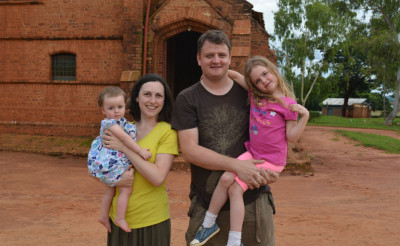 Family moves 6,500 miles for their faith

A former charity worker has begun 2019 with a 6,500 mile journey to Malawi with his family where he will take up a Church of Scotland funded post.

Gary Brough, 33, described moving with his wife Jaqueline and two children to Mzuzu in the north of the country as “a real family adventure.”

A committed Christian, Mr Brough will work for the Church of Central Africa Presbyterian - Synod of Livingstonia as part of their Church and Society Programme.

“It aims to combat human trafficking, child marriage and gender based violence,” he said.

“People get trafficked from and through Malawi to surrounding countries and beyond for cheap labour and as sex workers.

“I’ve come across some of these situations before. Very often these cases go unreported.

“Often women or girls are not taken seriously and there’s no-one to give representation.”

Another issue in the north of Malawi is a boom in mining and oil exploration which has led to “whole villages being moved without
necessarily being fairly compensated,” he said.

“I’ll also be looking at how the programme can attract funding by showing some of the amazing work that is going on,” he added.

No stranger to the country, Mr Brough has worked extensively with projects based in Africa in his previous job.

“I was attracted to the position as I have a background of working in communications in an international setting,” he explained.

“The role allows the church in Malawi to have its own voice.

“It’s a brand new position for both them and me.

“As a result we hope other churches and organisations will help this vital work to grow and reach those who need it most,” he said.

Mr Brough describes the change as his family’s “calling” and in the last few months they have been reading up on the country, meeting people connected to
Malawi and even watching YouTube clips with their children.

He will join Dr Linus Manu, who went to Malawi last year to lead the programme’s legal team.