About the The Guild

The Church of Scotland Guild is a movement within the Church of Scotland which invites and encourages both women and men to commit their lives to Jesus Christ and enables them to express their faith in worship, prayer and action. With around 20,000 members, the Guild is one of Scotland’s largest voluntary organisation. Although women make up the bulk of our membership, increasingly, men are becoming members and taking active roles at local and national levels. The Guild’s motto which is taken from Acts 27, verse 23: ‘Whose we are and Whom we serve.’

The individual Guild branches attached to congregations within the Hamilton Presbytery area are grouped as Guilds Together into two area councils (North and South) - the North Council embracing the Guilds in Airdrie and Coatbridge, and the South encompassing the Guild branches distributed throughout the remaining area of the Presbytery.

Each of these area councils has its own Convener, Secretary and Committee, whose contact details can be had on application to the Presbytery Office of the National Guild Office in Edinburgh. 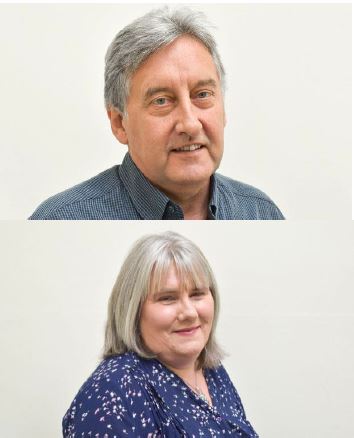 The Presbytery of Hamilton, with the main focus of its meeting on the work of the Guild, gathered on 3 October 2017 at Dalziel St Andrew’s Parish Church, Motherwell for its regular meeting. As well as receiving reports from the North and South Presbyterial Councils from their respective Conveners, Margaret Muir and Anne McIntyre, the Conveners delivered informative presentations on the six current Guild projects. The Presbytery was also pleased to welcome as its guest speakers for the evening, Iain W Whyte, national General Secretary of the Guild, and Karen Gillon, the Associate Secretary, who spoke to the wider work of the Guild and the important contribution it makes to the wider Church and Scottish society generally. (A copy of their presentation is available elsewhere on the web-site.)

“The Church of Scotland Guild is a movement which invites and encourages women and men to commit their lives to Jesus Christ and enables them to express their faith in Worship, Prayer and Action.”

Members meet in local groups at congregational level, in regional groups known as Presbyterial Councils, and once a year a national gathering is held, to which each group can send representatives. The Hamilton Presbyterial Councils plan and arrange joint meetings for members of all local Guild branches within Hamilton Presbytery. All planned events for 2016/2017 have been published on the Presbytery calendar.