Interactive bible study series continues with “Calling the Disciples” when the calling of Peter, Andrew, James and John will be considered.

You may find it helpful to read Luke: 4 & 5 in advance. However feel free to simply turn up on the night. 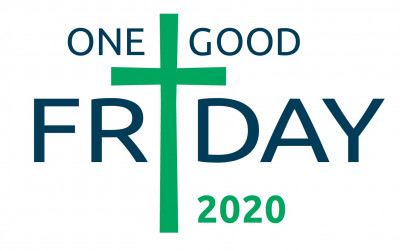 In 2020, there will be a UK-wide project to perform the same Passion Play at the same time in a range of towns and cities. This is a wonderful demonstration of Christian unity and a great opportunity for mission. The script is the Trafalgar Square Passion Play, a very traditional script which has been a central feature of London’s Easter celebrations for the past ten years. And it’s coming to Lanarkshire!

If you would be interested in getting involved in anyway (cast, extra, crew, building, painting, publicity, admin…) then please do come along and meet the team.

Dates stated are those on which permission to call was granted 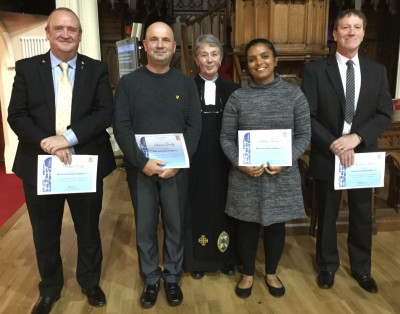 At the Presbytery meeting on Tuesday 3 September certificates were presented to the most recent participants to complete the Word and Worship training.

This brings the total number people trained in this Presbytery to 49.

There were a further two participants in this group, the first from Glasgow Presbytery to go through the training, and they will receive their certificates there in due course.

At the Presbytery meeting on Tuesday last the Rev. Maxine Buck, an Auxiliary Minister, took up office as Moderator of the Presbytery for the 2019-2020 session.

Maxine has been a Minister since 2007, and has served the Presbytery in a number of support roles over the years. She brings with her many gifts, including a gracious but firm chairmanship of meetings evident during her services as Interim Moderator in some parts of the Presbytery.

On behalf of the Presbytery, she thanked the outgoing Moderator, the Rev. Kevin Mackenzie for “his wisdom, dignity and calm spirit in leading the Presbytery during his term of office.”

​Click on the following link to watch a short video from Gary Brough and family and see how they are settling into their new life in Malawi.