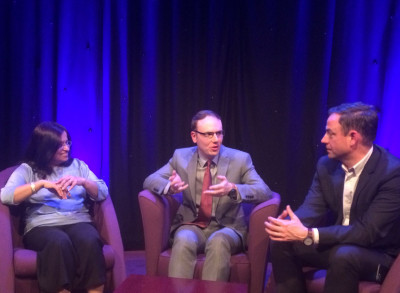 On Thursday evening (26 April) 175 people representing different faith traditions, gathered in the Town House in Hamilton to listen and participate in a conversation arranged by Hamilton Presbytery’s Church and Society committee.

Professor Mona Siddiqui and her colleague, Dr Joshua Ralston, from Edinburgh University’s Faculty of Divinity, answered questions with regard to the nature of Islam, the relationship between Christianity and Islam and issues which are focused on by the media in relation to women, violence and terrorism.

The contributors spoke of the similarities between Christianity and Islam, but also of the significant differences between these two faith traditions, particularly in relation to the status of Jesus.

They responded to questions from the audience in relation to the veiling of women, the justification for Jihad and the decline of Christianity in the west, while Islam could seem to be flourishing.

While it is recognised that there were differences between the two faith traditions there were also so many individual friendships between Christians and Muslims which serve to override doctrinal differences.

Rev Derek Pope, Convener of Church and Society committee, expressed appreciation to Mona Siddiqui and Joshua Ralston for the way in which they brought insight and challenge to these complex interfaith questions, with a light touch and yet setting them in the context of the real world in which we live.

Rev Christopher Rankine is depicted chairing the evening with Mona Siddiqui to his right and Dr Joshua Ralston on his left. 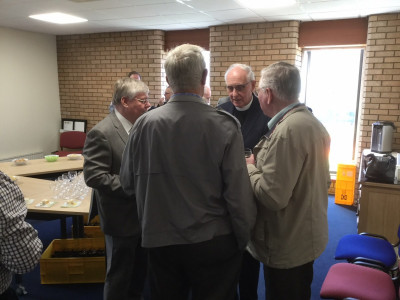 The Very Rev Dr Hugh R Wyllie, former Moderator of the General Assembly of the Church of Scotland and the most senior active member of the Presbytery of Hamilton, dedicated the new Presbytery offices in Rex House, Bothwell Road, Hamilton, yesterday (Friday 20th).He compared the office facilities he had known in the past with the well-equipped and accessible office of today.

Referring to the Presbytery Mission statement – “To bring glory to God in working to advance Christ’s kingdom within the bounds of the Presbytery” he encouraged those present to use the new offices and the staff that are based there as a resource for congregations across the Presbytery.

The seminar room is particularly well equipped to be used for both meetings and training sessions, and is available to Kirk Sessions as well as congregations. The first booking for Candidate Reviews has also been placed in the diary for September.

The offices remained open for viewing on Saturday.