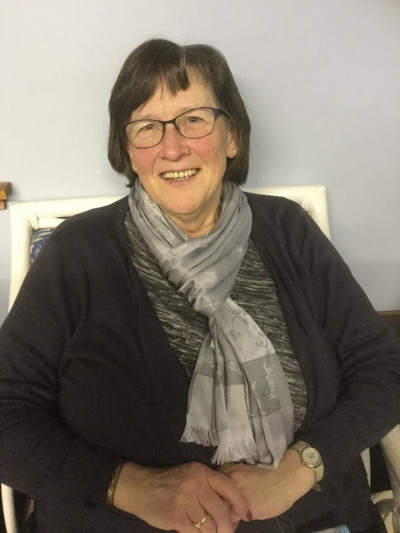 At its last meeting on 2 May 2017 Hamilton Presbytery approved the nomination of Roberta Hutton as its next Moderator. Roberta is a member of the congregation of Craigneuk and Belhaven , and currently serves on the Presbytery Stewardship and Finance Committee, as well as providing LCR Support. Roberta is only the third elder to hold the post, and the first female elder to do so. 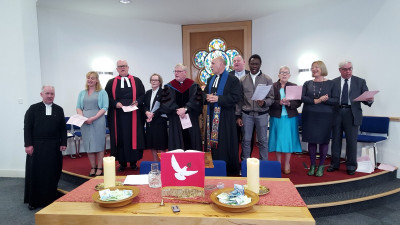 The Congregation of Greenhills Parish Church, East Kilbride, yesterday celebrated the 40th Anniversary of the opening of their church for worship. The Service was attended by many distinguished guests who were welcomed by the Minister, The Rev. John Brewster, who is now in his 30th year as Minister of the Church and Parish. The Preacher was the Rev. Alan McWilliam, son of the first minister of the congregation, who extended the best wishes of his parents, and spoke of the building as being an “Ebenezer” - a “stone” of remembrance, but more importantly a spur to action, assured that the Lord is with us now as he was then.

The Rev. Gavin W.G. Black, Moderator of Hamilton Presbytery; and the Presbytery Clerk, the Rev. Dr. Gordon A McCracken, were also present and together brought greetings and extended congratulations from the Presbytery. The Rev. Dr. John L McPake, National Ecumenical Officer, and an East Kilbride minister, also extended the good wishes of the other churches in East Kilbride and the National Church. Civic congratulations were extended by Dr. Lisa Cameron, MP, and Linda Fabiani, MSP, depute presiding officer of the Scottish Parliament.

Greenhills began as a Church Extension Parish in 1971 and was “on the ground” along with the diggers and builders. It’s first minister Tom McWilliam was appointed in 1972, and served until 1980. During the construction phase the developing Parish moved from the supervision of the Presbytery of Glasgow to that of Hamilton following boundary adjustments consonant with local government re-organisation. The congregation has thus been in membership of Hamilton Presbytery for just over 40 years, but has only recently voted to adopt the status of a “New Charge Development” as a final step towards achieving “Full Status”. It has been a long time coming, and the congregation looks forward to enjoyment of the full rights of Church of Scotland Congregations.